How to Capitalize on Facebook’s Video Drive

How to Capitalize on Facebook’s Video Drive

Are you interested in knowing how and why to use Facebook’s recent video drive to boost your own business, or organization?

If you have been active on Facebook over the past year or so, you may have noticed an increase in videos appearing on your feed.

This recent video surge has not happened by chance, but rather through a concerted effort by Facebook to drive the use of videos on their platform, allowing them to slip an increasing number of video advertisements into our feeds.

This has proven to be a real hit with Facebook’s bottom line, as the high costs of these video advertisements have sent profits soaring for the social media company.

Facebook’s strategy, crucially, has pivoted on the autoplay of videos, ensuring that they start before a user has clicked the traditional play button, greatly raising the number of video views they receive.

If you consider that, in Canada and the United States alone, the average revenue per user for Facebook jumped by nearly 50 percent in the last year, we can start to see the power of their video drive in full view.

As an increasing number of people have generous or unlimited data plans on their smartphones, along with free and readily available Wi-Fi becoming the norm, the rise of video popularity has become inevitable.

The influence phone networks have had on Facebook’s video use may be one of the more understated reasons for its explosive growth, as you can quickly upload a video in a matter of seconds. Previously, this may have required the user to find a reliable Wi-Fi connection and wait several minutes before sharing.

In an attempt to continue the rise of video use on the Facebook platform, there have also been a number of developments, such as an increasing quantity of graphics, effects and filters available to use.

It isn’t a secret that Facebook is looking to expand into the markets of their social media competitors, such as Snapchat, so an ever-increasing push for video is likely to continue.

It might be clear that Facebook is currently succeeding with their video-heavy approach, but how do you use this to your advantage?

One of the most important moves that you can make is to ensure that you are producing high quality, accessible and engaging video content for your potential clients and existing customers.

As video becomes a more prominent area for advertisement and engagement, it is crucial that you stay ahead of the curve and your competitors. You may also want to look at boosting, or promoting your video content within Facebook, as it provides a much wider audience for your message.  This is where the quality of your content will really be crucial.  If your content is engaging enough, then perhaps your decision to invest in boosting your video content will result in an even wider scope, with viewers choosing to share it to their own followers.

There is no question that video content captures the attention of social media users, so including quality videos in your Facebook strategy can yield positive results for brand building, as well as for customer engagement.

The Benefits of Web Application Development for Businesses 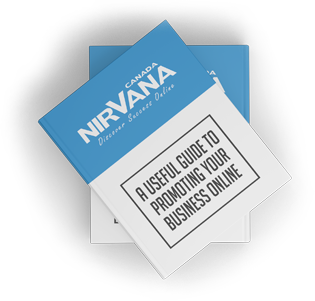